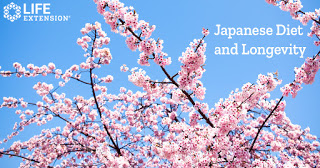 Japan. Land of the rising sun and the cherry blossom. Advanced in technology and rich in tradition.

Of all the countries on the globe, the Japanese have one of the longest life expectancies. As of February 17, 2020, the world’s oldest living person is Kane Tanaka, a woman who is 117 years old and resides in Japan. The oldest living male, Chitetsu Watanabe (aged 112), also lives in Japan. The previous titleholder was Japanese, as well. The Japanese island of Okinawa, a designated Blue Zone (regions of the world where people have above average lifespans), has the greatest percentage of centenarians on the planet.

Japan is not known for a healthy environment or low-stress lifestyles; however, its citizens have modern and accessible health care and a good standard of living and education. Diet may also be an important contributor to the longevity of the Japanese people.

Staples of the Japanese Diet

“The average Japanese lifespan became the longest in the world in 1986,” wrote Yuta Yokoyama and colleagues in an article published last year in Annals of Human Biology. “Washoku, or the traditional Japanese diet, is respected globally for its nutritionally-balanced and healthy eating habits. This uniquely Japanese way of eating may be one factor that helps extend the Japanese lifespan.”1 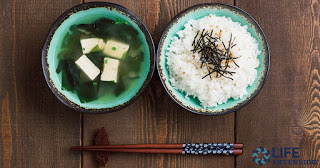 Although Western eating habits have invaded Japan and other parts of the world over the past several decades, many Japanese people continue to eat a diet similar to that of their ancestors that relies upon fish and soy foods as protein sources. Rice, vegetables (including sea vegetables) and green tea are regularly consumed. The diet is low in saturated fat and added sugar. And unless we’re talking about the diet of sumo wrestlers, food is generally consumed in moderate quantities.

In a study that utilized National Health and Nutrition Survey data, Tsuyoshi Tsuduki and colleagues reproduced weekly menus from 1960, 1975, 1990 and 2005 and prepared the foods as a freeze-dried, powdered diet.2 Mice bred to experience accelerated aging were divided into groups that received a standard diet supplemented with the powdered diet corresponding to each of the years. A control group of mice received an unsupplemented standard diet.

Animals that consumed the traditional 1975 Japanese diet experienced delayed signs of aging, maintenance of memory and learning abilities, and longer life in comparison with those that received the 2005 diet. “The results of the present study suggested that the traditional Japanese diet is more effective in enhancing life expectancy and delaying senescence than the current Japanese diet,” the authors concluded.

The findings are the basis for the 1975 Japanese diet plan that has been further investigated in animals and humans and discussed in the media.3,4 Analysis of the 1975 diet revealed components contained in fish, fruits, vegetables, seaweed, soy, dashi soup stock and fermented seasonings.3

A study published in 2017 revealed that the traditional 1975 diet was associated with even greater benefits than the popular and healthful Mediterranean diet in mice that received the diets for four weeks—and we know how healthy the Mediterranean diet is!5 Animals that consumed freeze-dried and powdered Japanese diets had lower visceral fat weight, smaller fat cells, lower liver weight and liver triglycerides, and less lipid accumulation in liver cells in comparison with those that received the 2010 Italian diet. In humans, a month of the 1975 Japanese diet’s effects on metabolic factors was investigated in young adults. Participants experienced reductions in body fat percentage, fat mass, serum triglycerides and LDL cholesterol accompanied by a rise in serum HDL cholesterol and magnesium.4 And in a month-long randomized, controlled trial that compared the effects of a modern diet to a 1975-type Japanese diet, participants in the Japanese diet group experienced a decrease in BMI, fat mass, LDL cholesterol, glycated hemoglobin and C-reactive protein (a marker of inflammation) and an increase in HDL cholesterol in comparison with the modern diet group.6

Japanese Diet Secrets: 4 Nutrients to Include in Your Diet

Foods comprising the Japanese diet seem simple enough. Specific components of these foods may be responsible for some of their benefits. 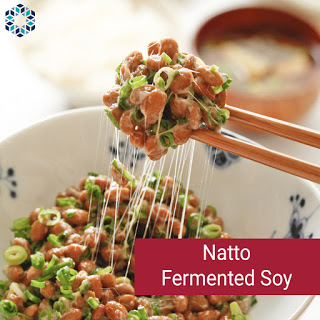 Soy foods are popular in Japan and have become more commonly consumed in the U.S. The Japanese frequently consume miso and natto-soy foods fermented with the fungi Aspergillus oryzae and the bacterium Bacillus subtilis, respectively. A study recently evaluated the effects of soy foods among 92,915 participants aged 45 to 74 years upon enrollment in the Japan Public Health Centre-Based Prospective Study.7 Men whose intake of fermented soy products was among the top fifth of participants had a 10% lower risk of dying from any cause during the 14.8 years of follow-up in comparison with those whose intake was among the lowest fifth, while among women, the risk was 11% lower. Fermented soy was also significantly associated with a lower risk of mortality from cardiovascular disease among both sexes. These fermented foods contain bioactive compounds, including polyamine and nattokinase, that may support cardiovascular health.

(This recent study is one of many that have investigated the health effects of miso. For more on miso, refer to past Life Extension blog posts “The Magic of Miso” and “Research Update: Miso Health Benefits.”) 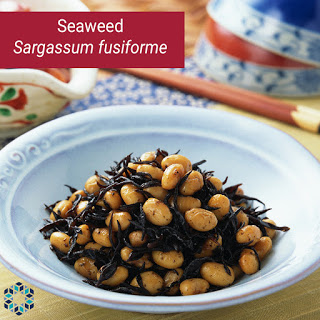 Fucoidan is a compound that occurs in brown seaweeds, which are another common feature of a Japanese diet. Fucoidan continues to reveal new and diverse benefits in scientific studies.

Included in the compound’s known properties is an ability to modulate the microbiome, thereby helping to protect against H. pylori and other undesirable gastrointestinal bacteria, while increasing the abundance of healthful gut bacteria.9 Indeed, it has been observed that the Japanese microbiome is unique in comparison with other populations.10

In a study published this year, fucoidan was shown to have neuroprotective effects in a fruit fly model of Alzheimer’s disease.11 Earlier studies had found that the compound inhibited the effects of amyloid-beta (the protein that forms brain plaques characteristic of Alzheimer’s disease) in roundworms and protected against a decline in the activity of the neurotransmitter acetylcholine in a mouse model of the disease.12,13

Fucoidan’s immune supportive property may contribute to an ability to aid in the inhibition of cancer suggested by cell and other studies. Fucoidan has been shown to activate dendritic cells that communicate information to other immune cells, activate T cells and enhance antiviral and anticancer immune response.14 In a trial involving cancer survivors, supplementation with fucoidan for six months was associated with an increase in white blood cells known as natural killer cells (which can bind to specific tumor cells) among male participants.15

In fruit flies (D. melanogaster) that received fucoidan derived from the seaweed Sargassum fusiforme throughout their lives, antioxidant enzymes were increased, malondialdehyde (a marker of oxidative stress) decreased and lifespan was enhanced.16 Flies treated with fucoidan also exhibited a high survival rate under heat stress. “In this study, we showed that the fucoidan SP2 . . . could markedly prolong the lifespan of D. melanogaster, and to the best of our knowledge, this could be the first direct evidence to support the claim that S. fusiforme is a longevity-promoting vegetable,” the authors announced. “This study has provided direct evidence of a longevity-promoting polysaccharide and revealed the worthiness of further research into SP2 as a health supplement.”

Research published on February 15, 2020 in the International Journal of Biological Macromolecules identified fucoidan derived from one variety of seaweed as having a greater ability to inhibit the starch-digesting enzyme alpha-glucosidase than the commercial antidiabetic treatment acarbose.17 Future research might reveal a similar ability in fucoidan derived from other varieties. 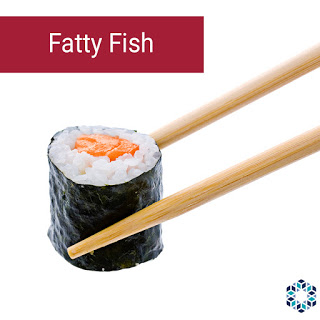 Fish is a staple of the Japanese diet. The benefits conferred by regularly consuming fish are likely due to the food’s omega-3 fatty acid content, specifically EPA and DHA.

Volumes could be written concerning the benefits of omega-3, including associations with longer life. A study that included 520 men and 534 women enrolled in Japan’s National Institute for Longevity Sciences Longitudinal Study of Aging found a 27% lower risk of death from any cause during an 11.7-year follow-up among those whose serum levels of the omega-3 fatty acid DHA were among the top third of subjects. For those whose levels of EPA to arachidonic acid (an essential fatty acid that can be associated with inflammation when imbalanced) was among the highest third, the risk was 29% lower.18

“The Japanese consume about one gram/day of omega-3 polyunsaturated fatty acids (PUFA) as compared to 100-200 milligrams/day in the US,” noted Lewis H. Kuller, MD, DrPH, in the American Heart Association® publication Professional Heart Daily. “Plasma phospholipid measured omega-3 PUFA levels in the blood are much higher in the Japanese than in the US. The key public health question is whether the recommended intake of seafood in the US should be to reach the same levels of omega 3 PUFAs in blood as in Japan, about 9% of total fatty acids in blood versus 4% in the US.”19 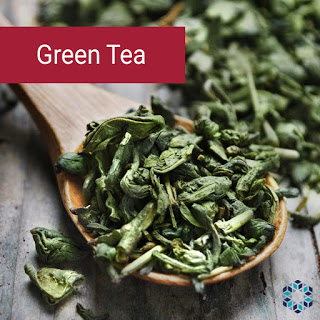 Green tea is another component of the traditional Japanese diet. A study that appeared in the Journal of the American Medical Association (JAMA) in 2006 that included 40,530 Japanese adults enrolled in the Ohsaki National Health Insurance Cohort Study found 12% and 23% lower risks of death during a seven year follow-up period among men and women who consumed five or more cups of green tea per day in comparison with those who consumed less than one cup.20 Another study that included 90,914 participants in the Japan Public Health Center-based Prospective Study found 13% and 17% lower risks for men and women who drank more than 5 cups per day.21

A pooled analysis of eight population-based Japanese studies uncovered a 10% lower risk of mortality from all causes among men and an 18% lower risk among women who consumed five or more cups of green tea per day in comparison with those whose intake was less than a cup during a 17.3 year average follow-up.22 For men, the risk of dying from heart disease was 18% lower among those whose intake was highest and for women the risk was 25% lower.

Green tea contains catechins that are believed to be responsible for the numerous health benefits that have been revealed by researchers investigating green tea during the past few decades. The most prominent among these compounds is epigallocatechin gallate (EGCG), which is known as a “geroprotector.” A search that identified ten geroprotective compounds reported in the journal Aging found that EGCG improved senescence-associated properties while having the least side effects of the compounds evaluated.23 EGCG has been shown to increase lifespan in fruit flies and rats.24,25

In addition to consuming healthier food, residents of Japan generally consume smaller portions than most Westerners do. While knives, forks and spoons are used, chopsticks are employed by many individuals, which usually makes for smaller bites and slower eating.

With so many benefits associated with the Japanese diet, Westerners would do well to add some of its foods to their daily meals. If eating a lot of fish and seaweed isn’t your cup of (green) tea, the components believed to be responsible for many of these foods’ effects, such as omega-3 fatty acids, fucoidan, and EGCG and other tea flavonoids, are available as supplements.