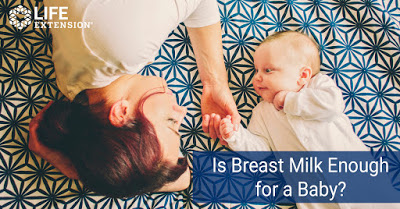 Breastfeeding is superior to bottle feeding for many reasons, but a mother’s milk is sometimes not enough when it comes to meeting nutrient needs —in quantity and in quality.

As early as 1921, a report concerning the potential adverse effects of bottle-feeding infants appeared in a medical journal. At that time, medical professionals received significantly more education concerning artificial feeding in comparison with breastfeeding.1

Currently, the American Academy of Pediatrics recommends breastfeeding as the optimal source of nutrition through the first year of life: “We recommend exclusively breastfeeding for about the first six months of a baby’s life, and then gradually adding solid foods while continuing breastfeeding until at least the baby’s first birthday.”2

“Breast is Best” Health Benefits of Breastfeeding for Babies

Skin-to-skin contact is important and breastfeeding helps provide an opportunity for bonding.
A study reported in the European Journal of Nutrition found better cognitive performance and gross motor skills among infants that were bottle-fed breast milk in comparison with those who were bottle-fed formula. Among infants who received only breast milk, those who were fed directly at the breast had better scores on some memory tasks compared to infants who were fed partially or completely by bottle.3

A study that involved 100 one-day-old infants who were vaccinated for hepatitis B resulted in shorter crying duration during and after the injection among those who were breastfed compared to those who received powdered formula. The authors noted that human milk contains endorphins that are natural pain relievers.4
Breast milk provides bioactive factors that may support a decreased risk of childhood obesity.5 In one study that collected anthropometric data from 203 infants during the first year of their lives, 4% of breastfed infants were overweight at 12 months of age compared with 7.6% of those who received both breast milk and formula.6

Components of breast milk affect microbial colonization of an infant’s mucosa, which influences immune system development.7 Compared with the gut microbiota composition of breastfed infants, the gut microbiota composition of formula-fed infants has been found to more closely resemble the microbiota composition of adults who consume a Western diet.8
Breast milk “provides protection during the newborn’s adaption to the extrauterine environment and reduces the morbidity and mortality caused by both infectious and noninfectious diseases,” note the authors of a Nestle Nutrition Institute Workshop series published in 2020. “Its components act directly against infectious agents, but they also accelerate the newborn’s immune system development, increasing its capacity for defense and reducing the risk of allergy and other immune-related diseases. Cytokines show the most refined immunomodulatory effects, but oligosaccharides, hormones and other components affect the newborn’s immunity as well.”7 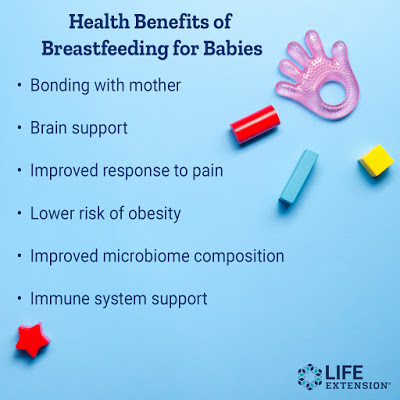 When Breastfeeding Alone is Not Enough

Some women do not produce a healthy supply of milk. It then becomes necessary to supplement breast milk with donated breast milk or formula to provide the infant with enough nourishment. Breast milk has many components, including casein and whey protein, fatty acids and vitamins and minerals that infant formula manufacturers attempt to duplicate.11

The nutrients that breastmilk is deficient in are vitamin K, iron and vitamin D.12 Infants who are deficient in vitamin D run the risk of poor bone mineralization and rickets. Women who breastfeed may need to supplement with at least 2000 international units (IU) vitamin D per day for their milk to provide an infant with enough of the vitamin to result in adequate levels.

Related Article: Prenatal Supplement for Mom: Before, During and After Pregnancy

According to the Institute of Medicine, people are at risk of vitamin D deficiency at a serum vitamin D level of less than 12 ng/mL and of inadequacy at 12-20 ng/mL.13 Babies who are exclusively breastfed by vitamin D-supplemented mothers may sometimes still fail to attain optimal levels. Writing in the journal Pediatrics, Carol L. Wagner, MD, Frank R. Greer, MD and the Section on Breastfeeding and Committee on Nutrition of the American Academy of Pediatrics recommends that “at this time it is prudent to recommend that all breastfed infants be given supplemental vitamin D3.”14

“Infants who are exclusively breastfed but who do not receive supplemental vitamin D or adequate sunlight exposure are at increased risk of developing vitamin D deficiency and/or rickets,” noted the author of a commentary in the Indian Journal of Medical Research. “The only practical option available is to seriously consider a routine vitamin D supplementation program starting from neonatal period extending right through the childhood into adolescence. In a recently published study, oral vitamin D3 supplementation as an oil emulsion has been shown to be associated with significant and sustained increases in 25(OH)D from baseline in fully breastfeeding infants through seven months.”15

An infant’s need for vitamin K, which is present only in low levels in breast milk, has led to the routine administration of injectable vitamin K to all newborns to prevent the risk of severe bleeding, which is 81 times more likely among those who do not receive vitamin K and can happen as long as six months after birth. Bleeding can occur anywhere, including in the brain, and is associated with mortality among 20% of all infants in whom it occurs.17
Breast milk contains only a small amount of iron. Because most infants are born with iron already stored in their bodies, it is usually not necessary for those who are exclusively breastfed to begin receiving iron supplements until they are four months old. The recommended dose of supplemental iron for an infant is 1 milligram iron per kilogram (2.2 pounds) of the child’s body weight.18

A study that compared breast to bottle-fed babies found an absence of storage iron among 27.8% of those who were breastfed in contrast with none who received formula. Anemia incidence was four times higher in the breast-fed group compared to the formula group.19 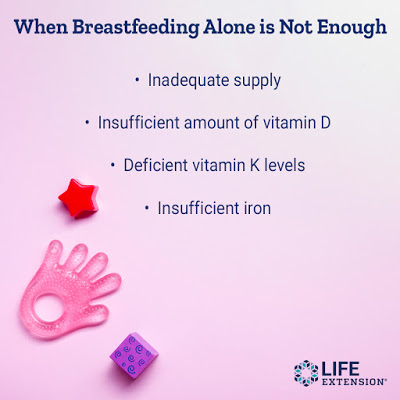 Is breast best? The answer, in most cases, is a resounding yes, as long as infants receive key nutrients that are important for those of any age. The use of nutritional supplements (with a pediatrician’s approval) and timely introduction of solid food will help make up for insufficiencies associated with breast milk consumption.