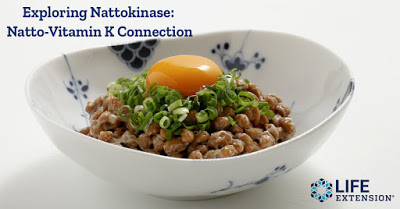 Nattokinase is an enzyme that occurs in a Japanese fermented soy food known as natto. In addition to nattokinase, natto is a significant source of MK-7, which (along with other menaquinones) is a form of vitamin K2. Another member of the fat-soluble vitamin K family is vitamin K1.1

Nattokinase is made by bacteria during the fermentation of natto.2 It is known for its ability to help break down fibrin, a protein that creates a mesh in the process of blood clot formation. Although the ability of blood to coagulate is essential to health, hypercoagulation, particularly in arteries that have become narrowed by atherosclerosis, is a significant cause of illness and death. Nattokinase not only directly inhibits hypercoagulation by breaking down fibrin, but helps reduce inflammation, which is associated with excessive coagulation, and protects against oxidative stress associated with increased inflammation.3

To keep blood flowing freely in individuals at risk of dangerous blood clots, blood-thinning drugs, such as warfarin (Coumadin), clopidogrel (Plavix), rivaroxaban and dabigatran are customarily prescribed. In an acute situation in which an artery-blocking blood clot has already formed, a fibrinolytic drug such as recombinant tissue plasminogen activator (tPA) can be administered to facilitate the breakdown of fibrin. In a study involving rats, both nattokinase (intravenous) and tPA were effective in delaying the formation of blood clots induced in the carotid artery; however, nattokinase demonstrated a significantly better safety profile.4 In a safety evaluation in mice, the maximum daily tolerant dose of nattokinase was shown to be 1,000 times greater than the equivalent recommended daily dose in humans which, according to the text of the report, is 480 fibrin units/kg. No adverse genetic effects were noted. “These results indicate that there is no safety concern for nattokinase in the present preclinical safety studies, supporting the safety of nattokinase as an agent for cardiovascular disease prevention,” authors Hao Wu and colleagues concluded.5

The Role of Vitamin K in Blood Clotting

Vitamin K antagonist anticoagulant drugs such as Coumadin work by preventing the recycling of vitamin K—a vitamin that is essential to the clotting process. Vitamin K is needed for the proper formation of a protein known as prothrombin, which is converted to thrombin during blood coagulation. Thrombin transforms fibrinogen into fibrin: the protein that is broken down by nattokinase. While vitamin K antagonists are effective at protecting against harmful blood clots, they can have significant side effects, including major bleeding events and an increased risk of birth defects in the offspring of pregnant women who use them.6,7 Another downside is that people who have been prescribed vitamin K antagonists are advised to monitor their consumption of dietary sources of vitamin K in order to keep their intake of the vitamin at a steady level throughout the course of therapy. This can necessitate avoidance of foods that contain high amounts of the vitamin if these foods are not consumed regularly. 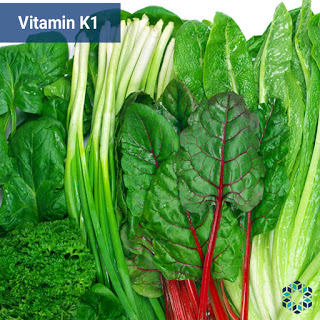 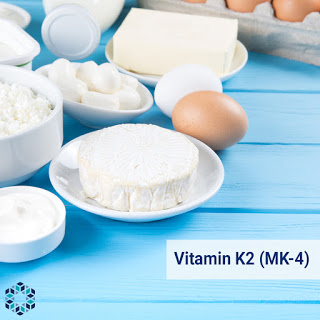 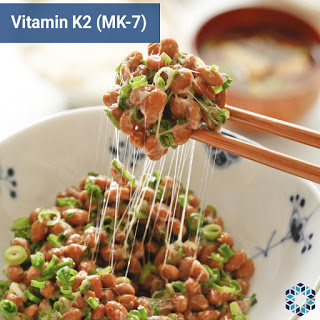 Nutritional supplements are also a good source of vitamin K1 and/or K2.

Does the Vitamin K in Natto Interfere with Its Anticoagulant Properties?

The foregoing paragraph concerning vitamin K’s role in coagulation inevitably leads to the question concerning whether the presence of vitamin K in natto defeats its use as a source of the anticoagulant enzyme nattokinase. In answer to the question, in the majority of healthy individuals, the clot formation cascade that involves vitamin K does not become activated until a need for coagulation presents itself, as in an injury. Furthermore, in addition to proteins involved in coagulation, some anticoagulation proteins are dependent upon vitamin K.8 This means that increasing one’s vitamin K intake does not cause abnormal clotting; long-term clinical trials have shown that even very high-dose vitamin K does not increase risk of adverse blood clotting events.9

Vitamin K is an essential nutrient and although bacteria residing in our digestive tracts make a small amount of vitamin K2, consuming a healthy amount of vitamin K ensures optimal levels. Vitamin K is needed for a process known as carboxylation by osteocalcin and matrix Gla proteins which are involved in the deposition of calcium into the bone and prevention of its accumulation in the vascular wall. In a review of vitamin K-dependent proteins, it was noted that vitamin K2–the predominant form of vitamin K outside of the liver and the form of the vitamin contained within natto–is the most available form of vitamin K to carboxylate matrix GLA.10

The National Academies of Sciences’ Food and Nutrition Board has not established an upper limit for vitamin K since it has a minimal potential for toxicity, and has stated that “No adverse effects associated with vitamin K consumption from food or supplements have been reported in humans or animals.”11

However, because of natto’s anticoagulant property and potentially high vitamin K levels, people who have been prescribed vitamin K antagonists need to check with their physicians before consuming natto.

In nattokinase supplements, the enzyme nattokinase has been isolated from natto. Therefore, the product may not contain vitamin K, however, it’s recommended that you check the label or ascertain from the manufacturer whether the product contains the vitamin if you are using vitamin K antagonist drugs. (Note: natto extract is not the same as nattokinase.)

In a trial involving people with high cholesterol, nattokinase prolonged the time it takes blood to clot in comparison with a placebo.12 The enzyme’s mechanisms of action were demonstrated in another trial in which oral administration of nattokinase for two months resulted in the decline of three blood coagulation factors in healthy and unhealthy volunteers.13 In a double-blind trial involving 12 men, a single dose of nattokinase enhanced fibrin breakdown and decreased blood coagulation via several pathways during an eight hour period following its administration.14 Other clinical research found a reduction in systolic and diastolic blood pressure among people with prehypertension or stage 2 hypertension who consumed nattokinase for eight weeks compared to a placebo.15

These human studies revealed significant benefits for the enzyme nattokinase in supporting healthy circulation. The bottom line is that, unless one has been prescribed anticoagulant drugs, natto’s anticoagulant and vitamin K content do not conflict with one another.

If you are being treated for coagulation or bleeding disorders, consult your health care provider before using nattokinase and vitamin K supplements.