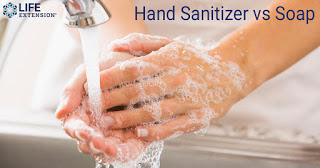 Which one is better to prevent the coronavirus? Hand sanitizer is flying off the shelves in the face of the coronavirus threat, leaving people scrambling to find alternatives. But while the use of hand sanitizer has been shown to lower the risk of transmission of certain bacteria and viruses, plain old soap and water may be better.

Although the value of hand cleansing has been known at least as far back as during the lifetime of disinfection pioneer Ignaz Semmelweis in the 19th century, dismayingly, it still isn’t practiced regularly among many members of the general populace and even by some of those in the healthcare sector.

“Hand washing is the most important preventative measure for the reduction of contagious disease,” Lynn G. Bowman and colleagues from the Kennedy Krieger Institute unequivocally affirm. “Although hand washing is easy to perform, non-adherence is a ubiquitous problem.”1

The ability to wash one’s hands with soap and water is something long taken for granted in wealthier countries that have access to running water in the home, at work and elsewhere. Hand sanitizers are a more recent development. Their portability and ease of use has contributed to an increase in their popularity.

“It is important to keep in mind that alcohol hand sanitizer efficacy is dependent upon which and how much product is used, proper technique, and consistency of use,” cautions Nina A. Gold and Usha Avva in StatPearls. “There are also situations where these products are not ideal, for example, in preventing the spread of certain infections or when the hands are significantly soiled and the bacterial load is too high.”2 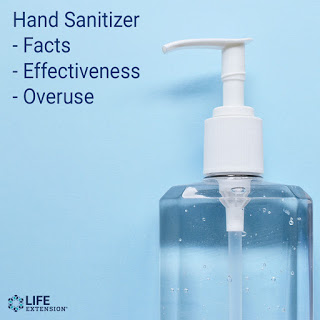 Hand sanitizers are alcohol or non-alcohol based. Those that are alcohol-free usually contain
benzalkonium chloride, which is less damaging to the hands than alcohol and has the advantage of continuing to protect against micro-organisms hours after it has dried on the skin. Alcohol-based sanitizers have been around longer and are more commonly used. Their drying effect on the skin is lessened by the addition of humectants, emollients or moisturizers. 2

Portability and, in healthcare settings, easy access to hand sanitizers renders overuse a possibility. While handwashing can also be overdone, the limited locations of running water make this less likely.

Excessive use of alcohol-based sanitizers as well as obsessive hand washing are associated with damage to the epidermal barrier, which could lead to skin irritation and occupational irritant contact dermatitis (ICD) of the hands. The epidermal barrier prevents the loss of moisture and blocks the entry of potentially toxic or infectious agents.3 Disruption of the skin’s microbiome (protective bacteria that exist on the surface of the skin) can result in a greater risk of colonization by staphylococci and other undesirable bacteria.2 “Epidermal barrier damage associated with ICD is not only uncomfortable, it increases the permeability of the skin, thus promoting further uptake of irritants and chemicals, perpetuating epidermal damage and irritation,” writes Erika C. von Grote, PhD, and colleagues in the Journal of Drugs in Dermatology.4

Washing the hands thoroughly with soap and water (for at least 20 seconds) is more effective than hand sanitizers against specific microorganisms that include bacterial spores, the Cryptosporidium parasite and some nonenveloped viruses, including norovirus, the leading cause of food-borne illnesses in the United States. Hand sanitizer is also less effective than washing with soap at removing microorganisms (including E. coli) that reside under the fingernails.2

Ethyl alcohol (commonly used in alcohol-based sanitizers) at a concentration of 80% or less is not effective against:

However, a concentration of 95% can eliminate most viruses considered to be clinically relevant. And ethanol-based hand sanitizers are more effective than washing with soap for removal of the common cold virus.2

We’ve emphasized the essentiality of washing our hands, but what about drying them? It turns out that how we dry our hands is important, too. One study found that bacteria released from wet hands is ten times more abundant than that released from dry hands.5 A comparison of various methods found that drying the hands in a stationary position under a warm air dryer for 20 seconds removes more bacteria than rubbing the hands under a dryer, as is often directed.6 However, these air dryers increase the aerosolization of bacteria, resulting in dispersion of contaminated droplets within three feet of the surrounding area. Jet dryers have been found to increase nearby bacterial counts to levels of more than four times that of standard warm air dryers.7 Paper towels are less likely to spread infection in a public setting and are preferred by most people due to faster drying time.

What does the CDC say about Hand Sanitizer?

The United States Centers for Disease Control and Prevention has concluded the following: “CDC recommends washing hands with soap and water whenever possible because handwashing reduces the amounts of all types of germs and chemicals on hands. But if soap and water are not available, using a hand sanitizer with at least 60% alcohol can help you avoid getting sick and spreading germs to others. The guidance for effective handwashing and use of hand sanitizer in community settings was developed based on data from a number of studies.”8

They add that hand sanitizers may be less effective when the hands are visibly soiled and that these products may not remove harmful compounds, like metals or pesticides. According to the CDC, the product is to be applied to the palm of one hand using the label-recommended amount and rubbed over the surface of both hands until they are dry.

Hand sanitizers are a valuable asset to help lower the risk of transmission of infectious agents as long as they are not overused or depended upon to guarantee elimination of all unwanted microbes. In general, hand washing with plain old soap and water is the best option. (And no, the soap should not be “antibacterial”—regular soap will do!)

When purchasing a hand sanitizer, benzalkonium chloride, isopropanol, ethanol or n-propanol listed as ingredients are considered to be effective at reducing harmful microorganisms. Hand sanitizers should not contain methanol (methyl alcohol), which can be toxic. Sanitizers with added humectants may be less likely to result in excessive skin drying as are those with a lower alcohol content, but the latter may be less effective than sanitizers that contain a higher percentage of alcohol. Be sure to keep all hand sanitizers out of the reach of young children.