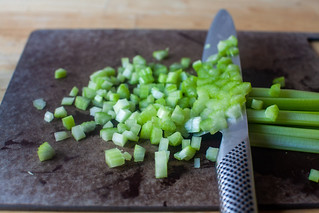 Thirty-six hours before the cooking-est day of the year in America is as good time as any to for us to talk about some hard-won cooking truths: There’s the idea of the perfect menu (all of my favorite recipe darlings in one place) and then there’s the actually perfect menu (the one you can pull off in a reasonable amount of time with as little stress as possible; darlings, murdered.) This is the kind of recipe we use when we come to our senses. 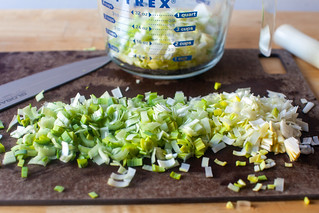 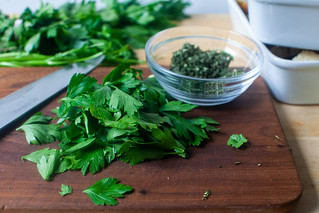 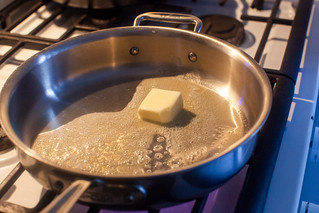 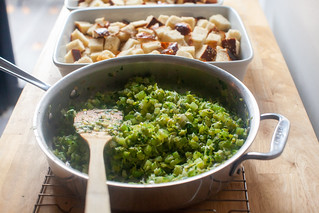 The reasoning is deliciously selfish: I’m not throwing feasts to miss them. I want to be wedged on the sofa between friends I never see enough of with a cocktail in my hand, telling terrible stories, not sweating in the kitchen because I forgot to wash the thyme leaves before stripping them and now my fingertips are worrisomely gray? (This is highly specific because it happens all the time.) Nobody I know or care to hang out with is going to care if I chuck the thyme in the trash and move on. The way I want to cook is — excuse the crushing earnestness here — the way I want to live; little extraneous noise in my recipes, lots of noise in the living room. Repeat after me: The time for the 4-process side dish is when it’s the only thing you’re making. 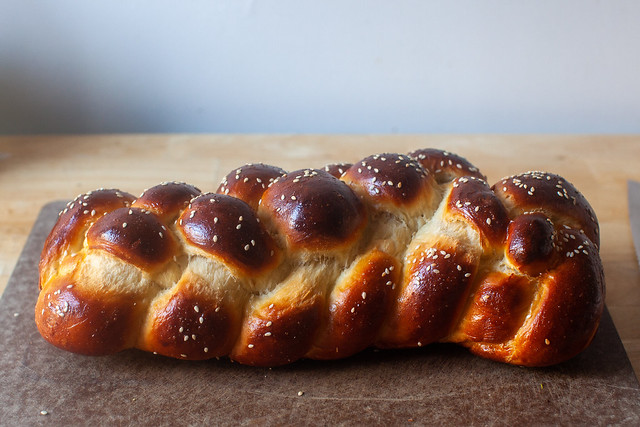 Which brings us to the stuffing I began making when I started hosting Friendsgiving dinner vs. contributing to Thanksgiving Official in another home. It began in a kind of silly way. After shooting this episode earlier one fall, we ended up with a serious surplus of challah dough. I shoved it in the freezer in a big plastic bag and then, as I was trying to figure out the best bread to use for stuffing, I took it out, braided it up, brushed it with egg and made the sloppiest challah you’ve ever seen and what turned out to be the simple, easy to scale, easy to replicate forever, stuffing of my dreams — just celery, leeks, and herbs and although you can add diced mushrooms or sausage or use onions instead. This is an extremely flexible recipe, but the simplest route is all you’ll need. 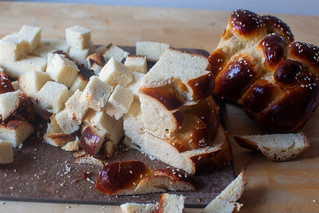 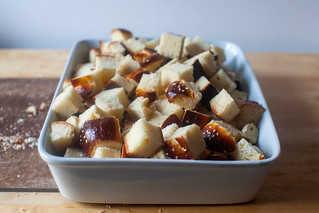 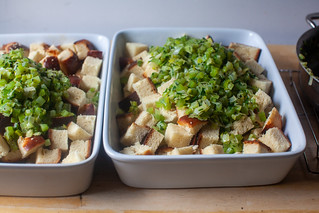 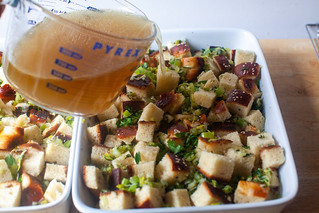 You’re about to say, “Deb, you just told us about a very simple stuffing recipe that starts with making your own challah? You’ve finally snapped!” Which means it’s time to channel my queen, Ina Garten: store-bought is fine! Barring that, and high in the category of things I probably could have mentioned last week but am not, as you probably know by now, “on top of things” or “organized” or “great at adulting despite being too old for it to be charming” is that my challah recipe makes two loaves. Two! You can have your challah (whenever you want) and save the other one for whenever. Further, my challahs clock in at 2 pounds but you truly only need 1.5 to fill a 9×13 dish as shown, meaning that you’ll have snacks or French toast or other formats of great glutenous joy with the other half. It’s the holidays, after all, and yours should be exactly this good. 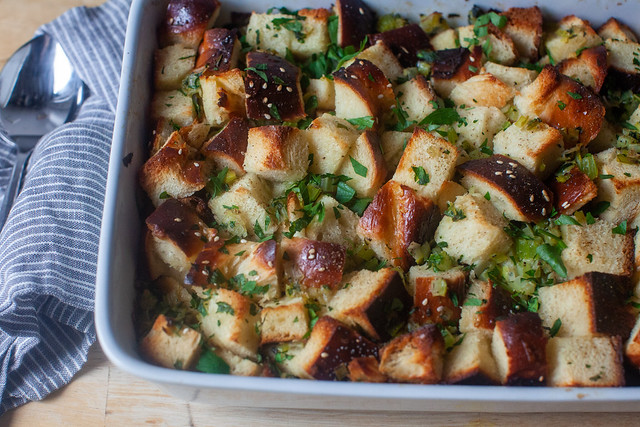 Challah Stuffing with Leeks and Celery

Five notes, at the end!

One day, two days, or even the night before: You can either spread your challah cubes on a large pan or even loosely pile them in the baking dish you’ll use for the final stuffing and leave them to dry anywhere you can find a surface. Oh you didn’t do this and you need to make the stuffing right now? Spread them on a baking sheet and dry them in the oven at 300&$176;F until firm but not brown.

The day of, at any point, or an hour before you want to serve the stuffing: Heat oven to 350°F. Generously butter a 9×13-inch baking dish. I always forget to do this. Don’t forget. It will absolutely stick if you don’t. Add challah cubes to the dish.

In a large frying pan, melt 2 tablespoons of the butter over medium heat. Add celery, leeks, half the salt and pepper, and cook, stirring here at there, until the celery is mostly tender and onions are translucent and sweet, about 10 minutes. Add sage, rosemary, and thyme and cook for one minute more. Sprinkle over challah cubes along with parsley. Use your hands — it’s so much easier this way — to gently disperse the vegetables through the challah, being careful not to let all the vegetables fall through to the bottom.

Add remaining salt and pepper to broth (although if your broth is very salty, maybe you will want less) and pour it over the challah. Challah is very tender, even when stale, so it doesn’t need soaking time.

Cover pan tightly with foil and bake for 20 minutes, then increase the oven heat to 425°F. Remove the foil and drizzle challah with remaining 6 tablespoons of melted butter, you don’t want to skimp on this. Return the pan to the oven and bake the stuffing for another 15 minutes, until the top edges are crisped and it’s nicely browned on top.

Serve right away or reheat when needed at 350°F (foil-on because it’s already well-browned.

Other ways to make this ahead: You can just bake it for the foil-on portion the day before and blast it at the higher heat before you serve it, although if it’s coming from the cold fridge, it may need 20 minutes, not 15.

Tools: This is my forever easy favorite baking dish, although I’m down to 2 of them after dish-cident this weekend, woe. 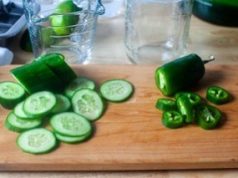 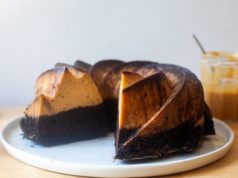 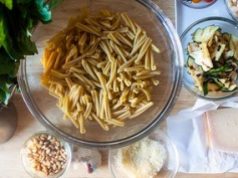 Why Your Arms Wont Get Bigger | Mike O'Hearn And Robby...