Ask most men why they are in the gym and you’ll hear the same answers. “I just want to lose some fat”, “I want to build some muscle”, “I want to improve my fitness”. But dig deeper and you’ll find out that most men want bigger arms. Ask most women and they’ll say that bigger arms would be off-putting but ask them if they want toned arms and you’ll probably get a different response.

No matter who you are, man or woman, you could benefit from training your arms more. But most training programs leave the arms as an afterthought. This is understandable, some lifters tend to overly-focus on arms and ignore legs or back.

But in recent years, it feels as if training arms is seen as a waste of time. Why focus on such small muscles when bigger muscles will provide greater strength gains? There are even some trainers out there who claim that training arms is pointless as chest and back exercises provide enough stimulation, and no isolation work is required.

This is understandable, but it ignores a common issue – particularly in new lifters. This is that weak biceps and triceps can prevent you from realising your potential in the bench press, or pull ups, or similar chest and back exercises.

We’re not going to create a workout program that focuses solely on arms, this would be short-sighted. We’re going to create a standard program (ideal for beginners, but still effective for experienced lifters) but put a bit more focus on arms than usual. Yes, that means you’ll still have to squat and deadlift. Those legs need loving too!

The training program is going to be a four-day plan using a push/pull protocol. The reason for this is that you can train triceps on one day and biceps/forearms the next day. This isn’t by any means the only way to train arms, but it works well and we’re using it.

During the sessions, we will train the legs/lower back first to get them out of the way (only true masochists actually enjoy training legs). Then we will focus on compound movements for the chest or back (depending on whether it is push or pull). Then we will train arms.

So how is this different to a regular session?

This way instead of working chest three times and triceps twice:

You would be working chest twice and triceps three times:

Anatomy of the Arms

When it comes to the upper arm, the muscles that everyone associates with them is the biceps. But the biceps brachii (to use their correct name) actually only make up 25% of the muscles of the upper arm. The brachialis makes up around 18% and the triceps make up over 52%.

The brachialis is a muscle that starts in your upper arm and continues down to your forearm. It is mainly worked performing exercises such as hammer curls where you use a neutral grip. So to train your arms correctly, you want to be training triceps at a 2:1:1 ratio. Two triceps exercises, one biceps exercise, and one brachialis exercise.

It doesn’t need to be exactly like this, and our program won’t follow this ratio. But in terms of importance it is good to keep this ratio in mind. Don’t ignore your triceps, prioritise them.

The following program is based on a four day training week, train Mon/Tues, rest Wed, train Thurs/Fri, rest Sat and Sun. Obviously, you can move this around to suit your own needs. You may want to train once on the weekend and have Fridays off for example. It doesn’t really matter, that’s the beauty of push/pull programs.

If you are training for fat loss as well as muscle gain (very difficult but certainly possible) then you may want to add a 5th session that is cardio based. Alternatively, you can just concentrate on maintaining a calorie deficit and keeping your step count high. 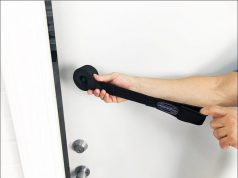 Use These 9 Resistance Band Chest Exercises For A Bigger Chest… 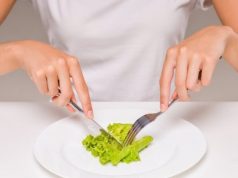